Both a novelist, a theatre and movie person, a painter and drawer, Jean Cocteau lived in Milly-la-Forêt from 1947 to his death in 1963.
He later was buried in the St‑Blaise's Chapel, which he decorated himself.

In 1959, Jean Costeau was asked by the Mayor and the Milly residents for the interior design of the Chapel, which he accepted.
he building being antiquated, it had to be restored first. The project happened thanks to the support of voluntary money-lenders so Jean Cocteau was able to provide his talent just like he did for the Fishermen's Chapel in Villefranche-sur-Mer.

To honor Saint Blaise, he picked as only theme the simples, that is to say medicinal plants for which Milly-la-forêt is a known growing centre, especially the peppermint.

Jean Cocteau then spread on the chapel's walls, as on a giant herbarium. These magnificent flowered stems which rise like a prayer to the sky. Jean Cocteau's starred signature can be found next to the old stoup made of stone, under the cat's flank – the cat symbolizing the devil and witches and whose guileless look challenges the angel with bird wings who is setting the Christ free. 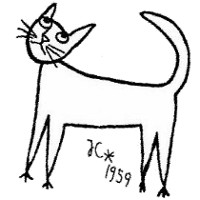 The chapel is where Jean Cocteau humbly rests in peace. The paving stone bears as a signature these simple words of loyalty: 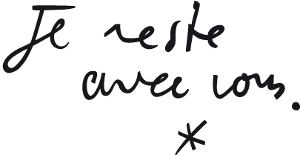 His adopted son Edouard Dermit, who died on May 15th 1995, rests by his side.

The comments about the chapel are interpreted by Mr Jean-Marais.

The tombstone is a gift from M. Palmero, senator-mayor of Menton, where Jean Cocteau was made honorary citizen.

The master's bust is a gift from Arno Breker.